The development of an all-plastic pancake optical solution for a VR headset is a pretty big deal not only for the weight reduction, but as Kopin claims, it actually offers improvements in image quality while lowering costs.

The key enabler in the new all-plastic Pancake optical design is a polymer material with no birefringence – something that has never been developed before. While this has now been applied to the Pancake optical design, the potential for the material is huge.  Smartly Kopin has filed three patents related to the all-plastic Pancake optics design, manufacturing and system utilization, and I believe Kopin might have locked up supply of the material to capitalize on this opportunity.

Birefringence is an optical property in certain materials, like polymers, whereby the speed of light in the material is different for the opposite polarization orientations. As a result, the polarization state of light is altered after passing through birefringent materials. In most optical systems, the polarization state of light does not affect the image formation, which explains why polymers, which are light and can make aspherical lenses at low cost, are used in many applications. However, conventional polymers cannot be used in Pancake optics, which is sensitive to polarization disturbance. 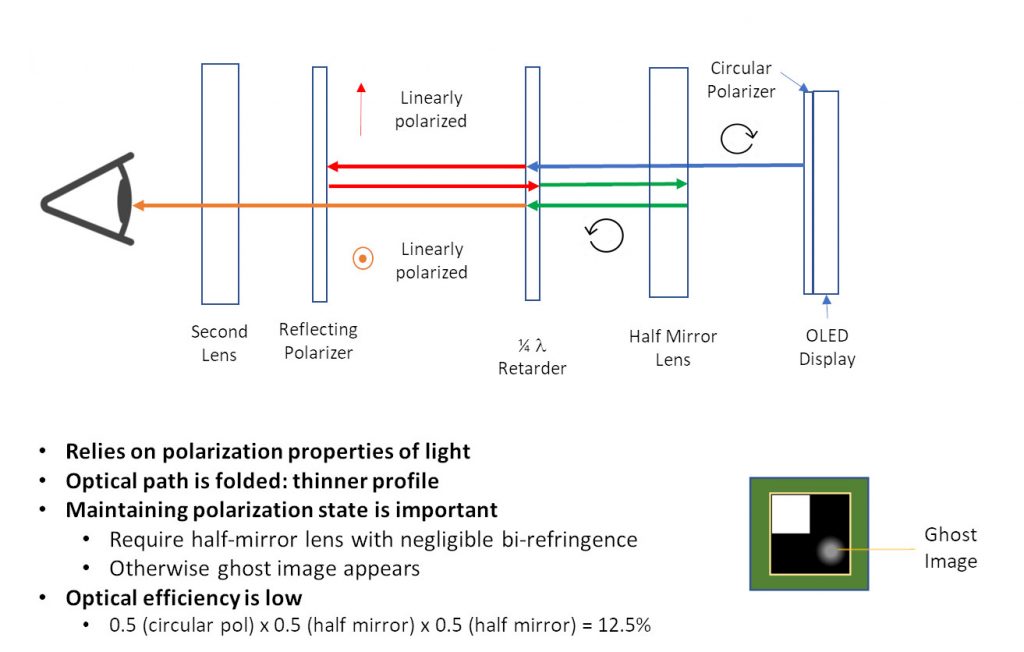 The half-mirror lens is an aspherical concave mirror that magnifies the image with low distortion. The second lens accurately corrects any slight image distortion. If the half-mirror lens has birefringence, the polarization state is disturbed after passing through it and some light is transmitted during the first pass. This first-pass transmitted light forms a ghost image which overlaps over the real image. This new polymer material means no ghosting.

One disadvantage of the Pancake optics is low efficiency which is typically around 10%. Figure 2 shows the assembly schematic and pictures of the working all-plastic Pancake optical lenses. 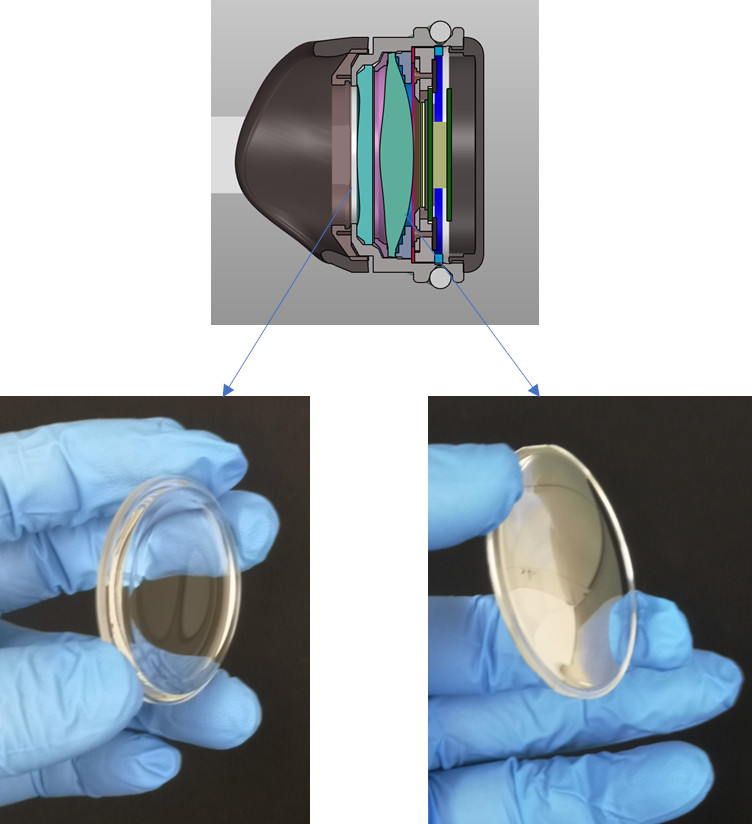