VR I Didn’t See at CES

At CES 2019, I had a chance to see some of the AR innovations, but there was not enough time to check out VR as well. And I missed a ton of stuff.

According to a DigiTimes report, a total of 393 AR/VR firms attended CES 2019, among which 261 exhibited at the LVCC (mostly South Hall) and 132 exhibited at Eureka Park at the Sands Convention Center. Below, I’ll summarize some of the VR developments that others reported on since I didn’t get a chance to see them.

In VR headsets, I actually got to try the super-wide FOV headset called Xtal from VRgineers. It boasts twin 2560×1440 OLED imagers to deliver what they claim is a 180º FOV. It was actually quite good but is also quite massive. 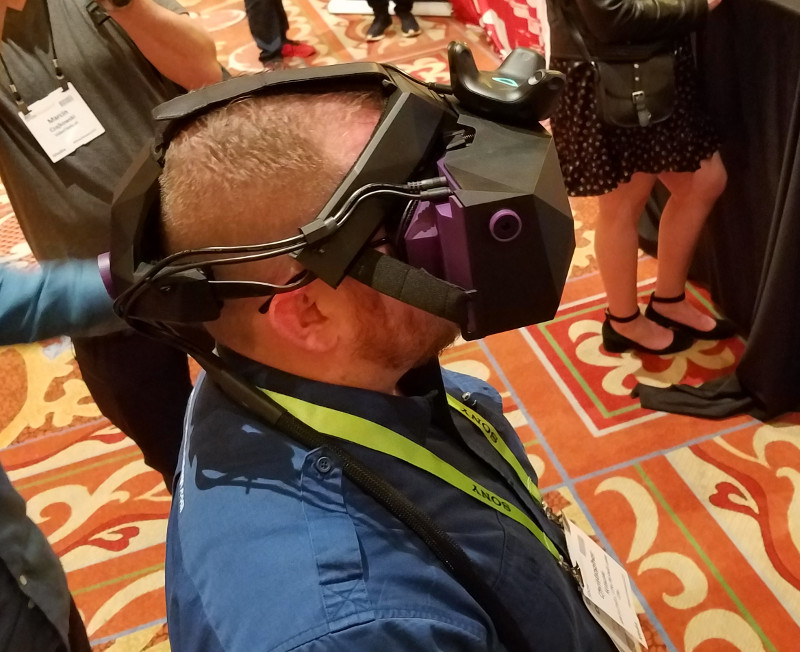 Pimax showed their ultra-wide FOV “8K” VR headset along with a new 5K+ version as well. The company is finally taking orders and delivering headsets to Kickstarter backers. According to a Road to VR article, many of the visual artifacts evident in the headset a year ago have been greatly improved now. You can even adjust the FOV if small distortions at the edges bother you.

They have also improved tracking performance but their claim of “eliminating the screen door effect” has not come to pass. Both headsets also have ‘Brainwarp Support, which Road to VR suggests may be a process to present only one eye with a 4K image at once and flip between them extremely quickly. All this sounds quite flakey to me.

Meanwhile, HTC introduced its Vive Pro Eye VR headset which adds integrated eye tracking and foveated rendering to the recently introduced Vive Pro headset. This feature can save over 30% of the power used in the GPU. At CES, HTC demonstrated the new headset with a ZeroLight BMW test drive for a “retail showroom style VR walkaround of the BMW M5, plus the opportunity to sit down in the car and watch it take off at a racetrack. The headset’s gaze tracking was also used with Lockheed Martin’s Prepar3D flight simulator, as an augment to the physical flight stick and throttle controls as well as “to activate the numerous subsystems within a fighter jet for a drone shoot-down mission.”

While Vive Pro Eye is aimed at enterprise use, it also debuted the Vive Cosmos headset at CES. The positionally-tracked headset boasts tracked hand controllers and can be powered via PC or “other methods,” making it the first in a new class of hybrid VR headsets.

Finding better ways to interact with virtual objects for AR or VR use was in evidence at CES. Eye tracking specialist Ganzin’s solution is comprised of an eye motion capture IC and three special-purpose cameras, Ganzin’s module can integrate into AR/VR devices for eye tracking applications.  Ganzin claims their IC performs eye tracking faster and with lower power by offloading this function to a dedicated IC.

With research that was funded by the National Science Foundation (NSF) Phase 1 SBIR, U.S.-based Hauoli showed a tracking solution based on acoustic capture of hand motion with millimeter precision without the need for an external controller.

Superb Reality’s gesture control technology uses RGB cameras to allow the user to grab an image by its two ends and zoom in or out using gestures. The image can then be made bigger or smaller or can be rotated freely at any angle. According to their web site, “Superb Reality integrates machine learning, low and high-level computer vision algorithms, AI, imaging optics, light field, and 3D into existing and future AR and VR devices.”  Seems they got every current buzz word into one sentence.

Aris MD presented their solution using diagnostic imaging combined with AR/VR technologies. Working to eliminate surgical errors, Aris MD first uses VR simulation for surgical training and then uses AR to assist in real surgeries. Its solution is the first to combine AR and VR applications on one platform. That’s really smart. They say they use a patent pending AR and VR system, but the image on their web site show what looks like a Hololens device.

France-based , Hypno VR and KineQuantum both proposed the use of VR for hypnosis and physical therapy to attain ideal results faster. 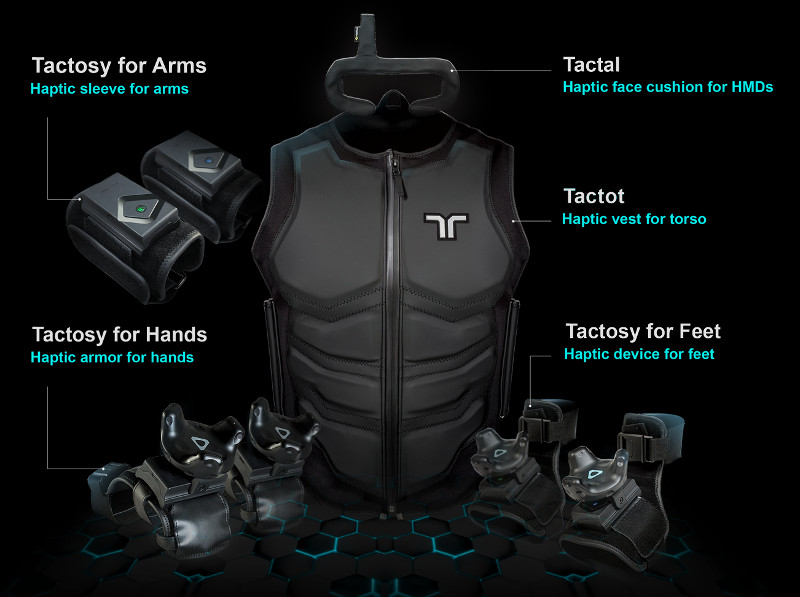 Maybe bringing some of the arcade experience into the home, 3dRudder was showing the first officially licensed foot motion controller for PlayStationVR.  It enables users in compatible games to move intuitively around virtual worlds with their feet while seated, with their hands free to further interact using another compatible controller. It will be compatible with more than 30 PlayStationVR games at launch. 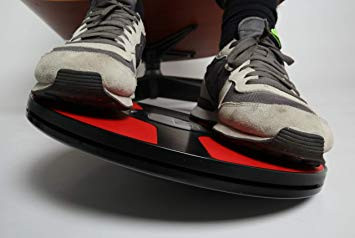