Samsung Electronics was planning a TV launch event in New York City on March 14. A major snowstorm forced the cancellation of the media-focused meeting, but they launched the products anyway with a virtual event.
Apparently, the Samsung team had considered a webcast of the launch event, but getting people to the New York venue for the planned time was too difficult. As a result, the internal team did assemble later in the day at the 837 venue where they recorded video of speakers giving presentations as planned – but to an internal audience only. You can see the full 34-minute video here.

The launch event highlighted the TVs, sound bars and UltraHD Blu-ray players the company will offer in 2017. Samsung’s David Das began the event by highlighting the QLED TVs. While most of the video is full of marketing superlatives, it is important to note that the QLED name is not just for Samsung TVs. While Samsung owns the trade name via their acquisition of QD Vision, they are making the name available to the industry as a display category. That means any brand can use the QLED name to describe a display-based product that integrates quantum dots in some way. 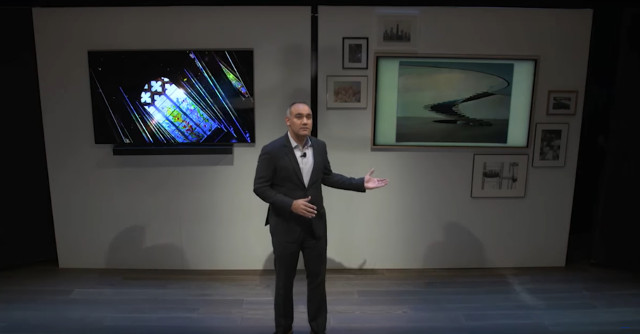 This QLED category would include photoluminescent quantum dot architectures, which are available today, and electroluminescent ones, which are in development (see QLED family tree here). Samsung sees this as a category similar to OLEDs and LEDs – and a way to simplify messaging to consumers. There is precedent here – remember how Samsung used the name LED TV to describe LCD TVs with LED backlights? (and just as confusing in my view – Man. Ed.) This became a de facto market standard so don’t be surprised to see the same thing happen with QLED.

Samsung’s 2017 TV line up uses the QLED category name and there are products in three series: Q7, Q8 and Q9. They also embrace the Q marketing concept by creating the following terms:

Samsung US has released list pricing for its 2017 QLED LCD TVs.

We have already done quite a bit of reporting on the performance of these TVs, but key elements include peak luminance of 1500 to 2000 cd/m², 100% DCI-P3 color gamut, improved viewing angle performance, 75 Gbps optical cable and more. Samsung also made an interesting analogy to help the understanding of the benefits of color volume. They noted that low-end audio systems distort the sound at higher volumes whereas high quality systems can maintain audio fidelity at high volume. The same happens with colors. As you increase luminance a big color volume maintains color fidelity at high brightness levels.

The photos below show the two stands and the very cool no-gap wall mounting option. 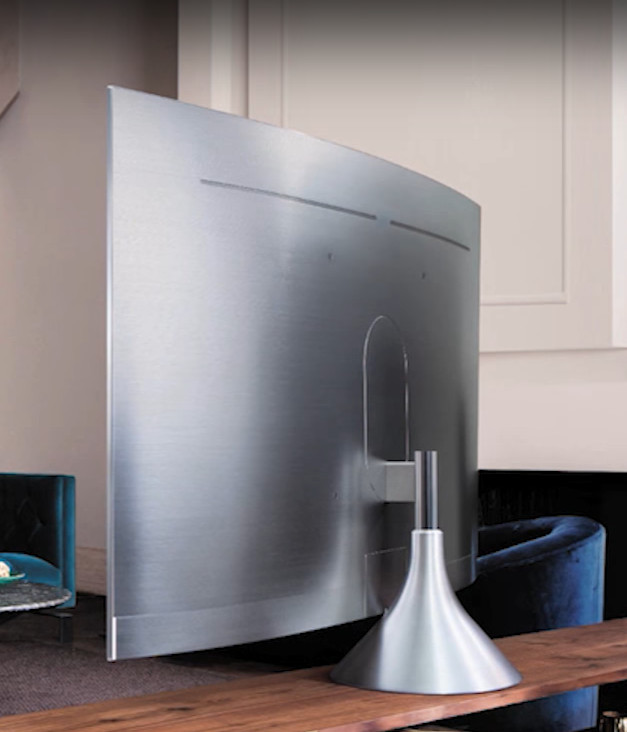 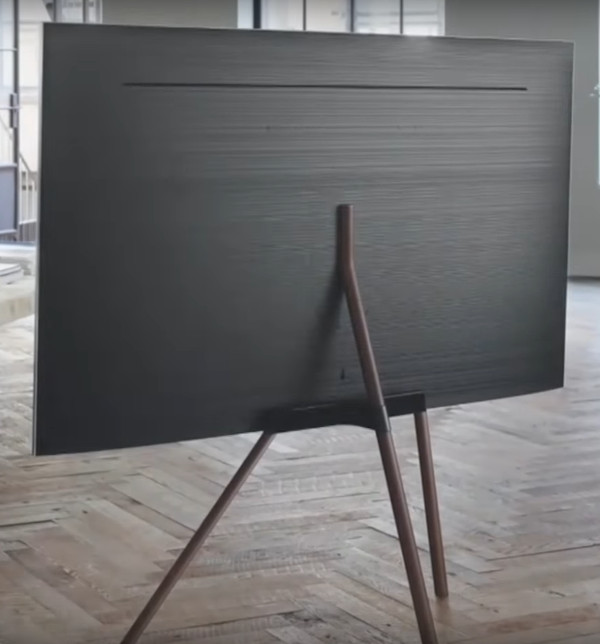 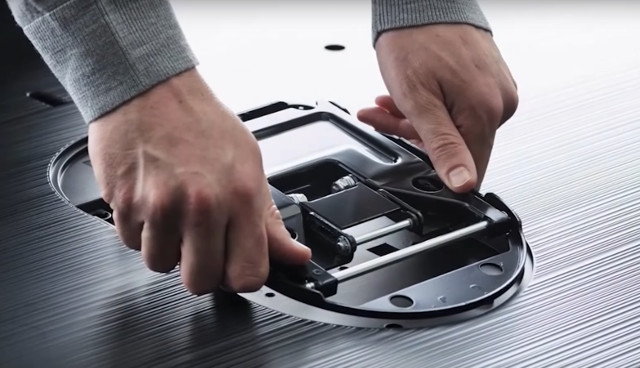 Samsung also highlighted their new TV developed in collaboration with Swiss designer Yves Behar. Called The Frame, it serves as both a TV and picture frame, displaying works of art when ‘Art Mode’ is on.  It includes Samsung’s new ‘invisible’ connection cable and no gap wall-mount design features of the Q series. Plus, it adjusts the picture based on the room ambient light to maintain the same impression of the artwork displayed on the screen. It is available this spring in 55” and 65” sizes with a variety of bezel finishes.

Samsung noted that their smartTV approach has evolved from integrating apps starting in 2011 to a content-driven approach to access movies, shows and games. In 2016, Samsung added integration with OTT sources and for 2017 they add music, sports and TVplus to the mix. The remote is also sleek and simple to use – with voice control for accessing content and adjusting picture quality.

Samsung also outlined significant advancements in its 2017 audio portfolio, including Anti-Distortion Technology in its new MS750 Sound+ Soundbar – which features a “one-body” design with built-in subwoofer. The solution can reproduce sounds down to 35 Hz, and it is Dolby Atmos compatible.

The company then highlighted their second generation UltraHD Blu-ray player, the UBD-M9500. New is the Blu-ray-to-mobile streaming capability that streams Blu-ray content to a phone or tablet without interrupting what is playing on the TV.

Samsung is even redesigning its retail presence to educate consumers about QLED and the Q series features. Planet Earth 2 HDR content from the BBC will be used at retail – smart move. On March 28, the UltraHD Blu-ray version of the series will be available. 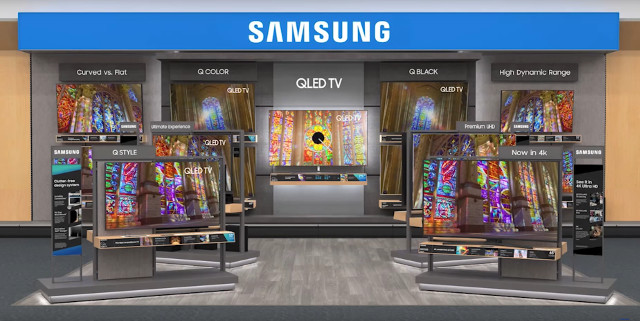 What was not done at the launch event was a planned tech seminar that will likely be rescheduled for next week. I should be able to attend this in New Jersey and report on any interesting developments. – CC