About a year and a half ago, Philips Lighting debuted a new LED-based light source for projectors called ColorSpark HLD LED (High Lumen Density LED).  In 2016 this technology rolled out in mainstream projection products in the 3000 to 4000 lumen range.  For 2017, Philips is focusing on enabling projection customers to create new 1000 and 2000 lumen products within the “pocket screenless TV” projection segment that can offer compelling performance for home-based TV and video watching.

The HLD technology was developed to address one of the big challenges with LED projectors – they were limited in brightness to around 500 lumens.  To increase the light output of an LED projector one must increase the quantum efficiency of the LED or make the LED emitting area bigger.  But making it bigger has diminishing returns as that light cannot be coupled efficiently onto a small imager panel (an étendue limitation).

The Philips solution is to use blue LEDs to pump a phosphor-based rod, which converts the light to green.  This allows the green light to be increased by adding more blue LEDs and making the rod longer, but maintaining the same output étendue.

Current HLD projection products from companies like Hitachi, BenQ and Norxe source the illumination stage from Philips Lighting.  This includes the green HLD module, separate blue and red LEDs and a HLD driver board.  These projectors are aimed at various commercial applications.

But Philips is increasing turning its attention to the portable home cinema market where they see huge opportunities, especially in Asia, where they think many millions of projectors per year could be sold by 2020.  In our conversations with Philips at CES 2017, they stated that 70 million people in China are moving each year representing a highly mobile demographic.  These people don’t necessarily need a large flat panel TV or large cinema projector – they want a mobile and portable system that can be easily transported.  Current portable LED projectors offer great colors, but limited brightness, so any portable TV solution must offer both.  Philips’ answer to this need are two new ColorSpark light source modules that will enable 1000 and 2000 lumen LED projectors to act as the primary or secondary TV.

In the Philips Lighting suite at CES 2017 as well as at ISE 2017, Philips was showing off these two new modules and engaging with projector and even flat panel TV customers to explain what this technology can offer.

The illumination stage configuration for these new mobile HLD platforms is shown below.  This would be coupled to a single-chip DLP imager stage in most cases. 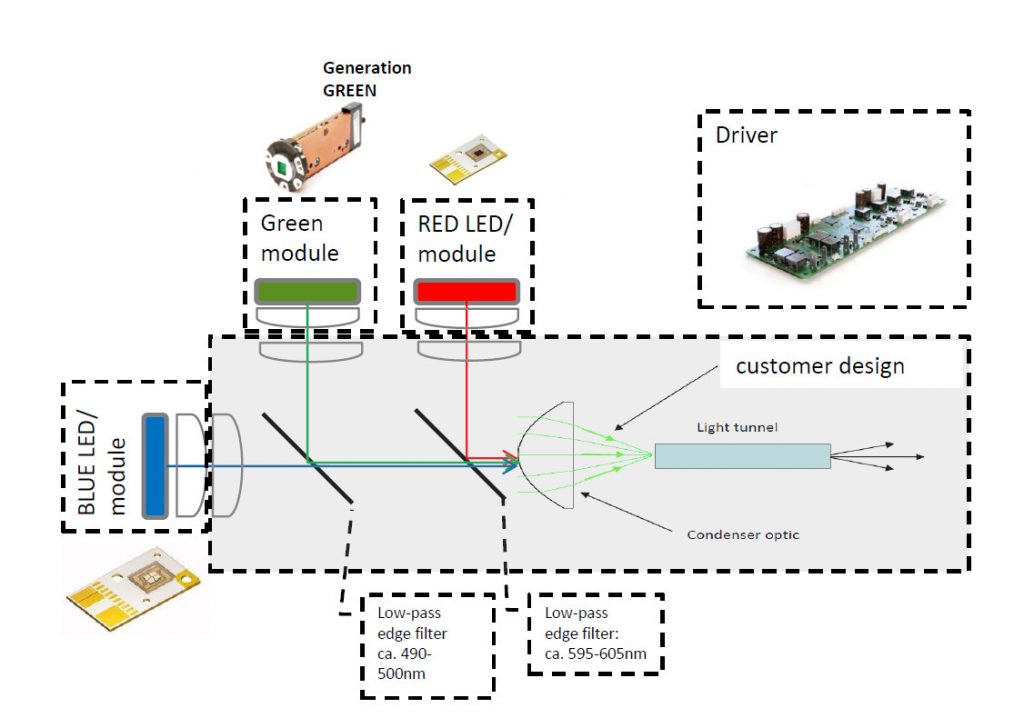 The photo below shows the 2000 lumen illumination stage that was shown at CES 2017, along with a schematic representation of the footprint of both designs.  The 1000 lumen version is smaller with fewer cooling fins.  These were created to show the light output and were not coupled to an imager stage.  They were indeed quite bright as demonstrated in their suite. 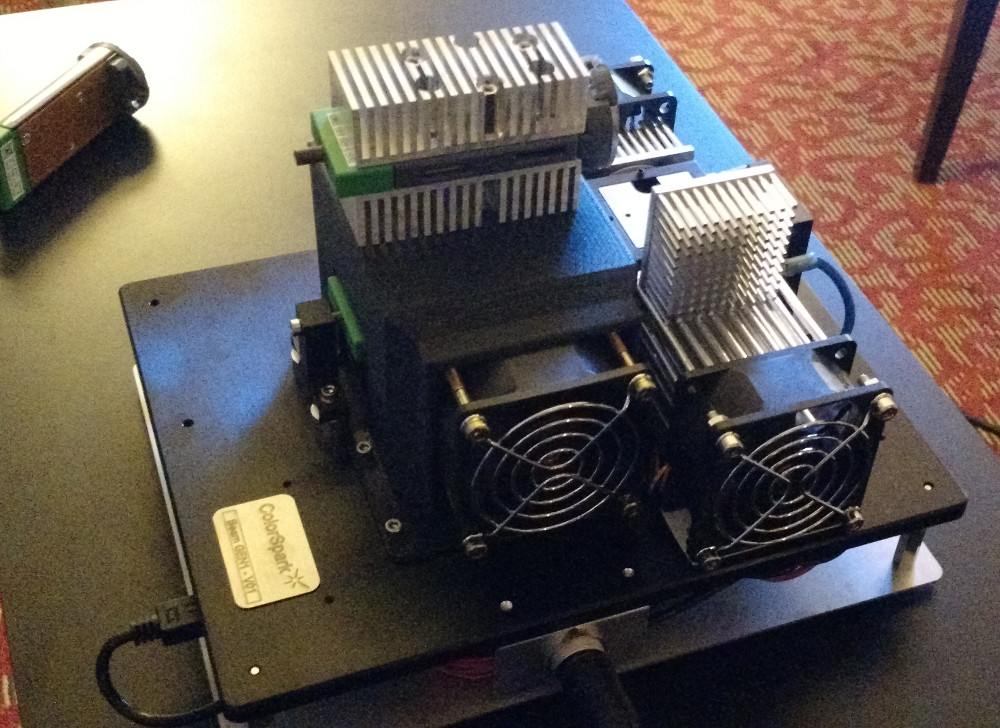 The cooling volume and thermal management footprint can be a big part of the design consideration for portable projectors.  Philips estimates that the cooling volume for either configuration would be less than 1 liter per minute.  The 1000 lumen model could also reduce the footprint by adopting heat pipes.  This solid state solution should have a lifetime (to 70% of initial brightness) of 20K hours.  Overall, Philips feels their solution can be very attractive to potential customers.

This mobile TV segment could indeed be a big growth opportunity for the projector industry.  PMA Associates has reported the pico segment, which is all LED based, was 3M units in 2016 and growing nicely.  Offering solutions with 1000 and 2000 lumens should drive growth even faster.

At ISE 2017, BenQ was showing of their new X12000 projector which uses the ColorSpark illumination engine. This is a single-panel DLP UHD (3840 x 2160) pixel-shift projector with 2200 lumens targeted at home cinema applications.  Most impressive was the color performance – it can reproduce the full DCI-P3 color gamut.  And, with ColorSpark LED technology, the X12000 projector also has instant on/off. 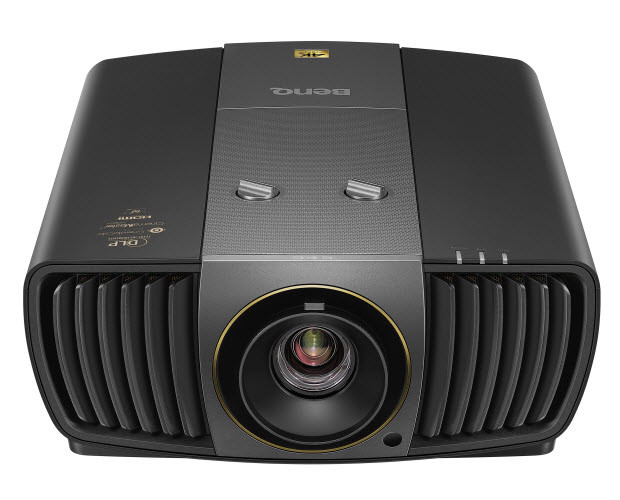 Eyevis also plans to adopt ColorSpark technology.  It is a supplier of DLP-based LED projector engines which are widely used in aircraft and automotive simulators.  To increase brightness, the company evaluated laser phosphor technology, but eventually decided to stay with LED light sources as it thought that the advantages of laser phosphor were limited and there was a cost increase.  In 2017, the company will adopt the Philips ColorSpark green light source technology to boost brightness. – CC