Based on studio presentations at CinemaCon and the release of statistics from the Motion Picture Association of America (MPAA), there were 718 films released in 2016 and the global box office reached $38.6B, an increase of 1%. The U.S./Canada market increased 2% to reach $11.2B, but attendance was flat with the slight increase in box office revenues due to a 3% increase in average ticket price to $8.65. The spin Hollywood put on this: that’s better than most predicted. 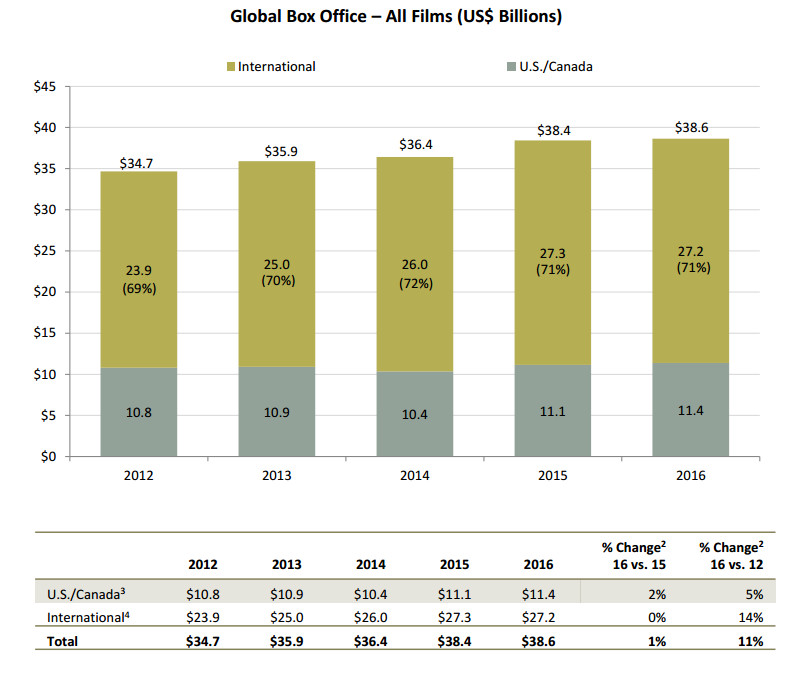 The total number of cinema screens increased 8% worldwide in 2016 to nearly 164K due in large part to continued double digit growth in the Asia Pacific region (+18%). Global digital cinema continued to grow (+10%), although at a slower rate than past years as the limits to market penetration have been reached in some regions. Today, 95% of the world’s cinema screens are digital, up two percentage points from 2015 (93%). Among individual regions, Asia Pacific has the lowest percentage of digital screens at 90%. 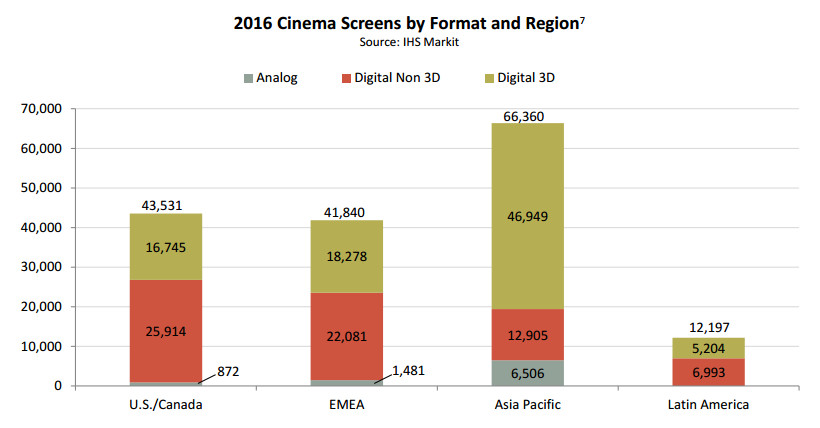 It was not long ago that the worldwide cinema screen market was 130K, so we have seen a big increase here in recent years. And, it is clear that 3D is alive and well in cinemas screens. Note that in the top 25 grossing movies for the U.S./Canada region shown below that the majority are also available in 3D. 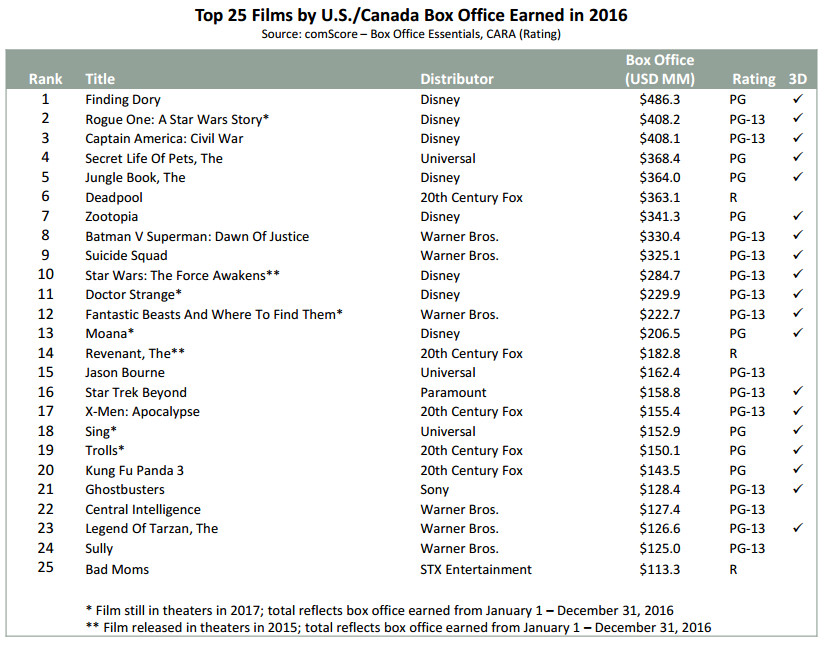 The other hot category is Premium Large Format (PLF). Here, screen numbers are growing in all regions. According to IHS Markit, PLF has significant potential for growth over the next several years. In 2016, the total number of PLF screens, which includes IMax, increased by 11% compared to 2015.

The MPAA report also talks a lot about the demographics of movie goers in the U.S./Canada. For example, in terms of tickets sold per person (per capita), the 18-24 and 25-39 year old cohorts have been trending down in the last few years. This was reversed in 2016 due to strong movies and new marketing techniques, explained studio executives at CinemaCon.

By ethnicity, Caucasians buy 3.2 movie tickets per year, African American buy 4.2, Hispanics buy 4.6 and the Asian/other category buys an impressive 6.1 tickets per year. The trend has been for the Asian category to increase in per capita spend and for Hispanics to decrease.

CinemaCon was a love fest for the studios and exhibitors. 2016 was a healthy year with Disney breaking the $7B revenue mark for the first time. While some of the trends are positive, some are not, as you would expect from most industries. As we reported in our full CinemaCon special report, innovation is strong in this market, so theatrical presentation is not dead by any means.