Canon held their special EXPO in the Javits Center in New York last week. Over 9,000 people attended the cavernous exhibit. There were so many different aspects of Canon on display, it was a real tour de force. The event is held once every 5 years and is a showcase for current and future products and technology.

After you enter the main expo area, you have about a dozen different zones to explore, with each zone having multiple aspects to it. We did not get to see everything in our one day on site, so we will have to focus on the items we did learn about – and there were some cool ones.

One of the most impressive demos at the Canon EXPO was a 3D printing technology that focused on the reproduction of painted Masterpieces. The project reproduced several classic Dutch paintings that visitors were able to touch and feel at the exhibit – as they were not the originals.

To say the reproductions were extraordinary is an understatement. The texture of the canvas, brush stroke, tiny drops of paint – everything was reproduced with exquisite detail. A simple magnifying glass will reveal these are not authentic as you can actually see the paint drops, but to the unaided eye, they were stunning. 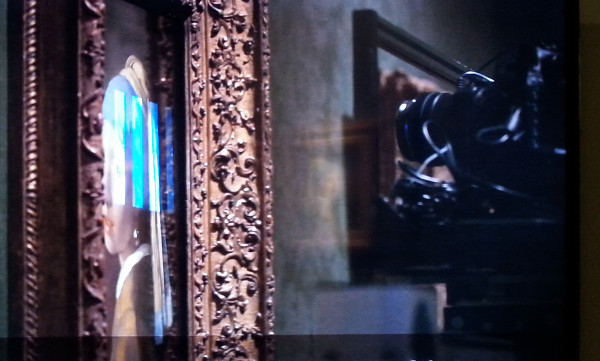 The project started with 3D capture. Here, two Canon EOS 5DS camera with 50 megapixels each were used along with a Canon projector that illuminated the painting with structured light. Small portions were done in this way and built up across the whole painting. Processing then created a very detailed 3D model of the painting while very careful color analysis looked at the color at each point and determined the ink jet pigments to use to reproduce that color.

A heavily modified Canon Arizona flatbed printer was then used to create the reproductions layer by layer. Thousands of layers were used with thicknesses of some layers at the nanometer scale. The nominal density of the printer is 450 dpi. The printing process is controlled to try to get the colors correct from multiple viewing angles (see graphic).

Several paintings – and even the wallpaper in the Mauritshuis museum in The Hague – were reproduced in cooperation with the curators. Validation was done by comparing the originals to the reproductions in the museum by the curators. According to Stephan Koopman, a Product Line Manager at OCE, a Canon Company, and lead engineer on the project, getting the color just right was a bit tricky. “This took several iterations but ultimately the museum was quite satisfied with the results.” Two of the paintings are shown below. 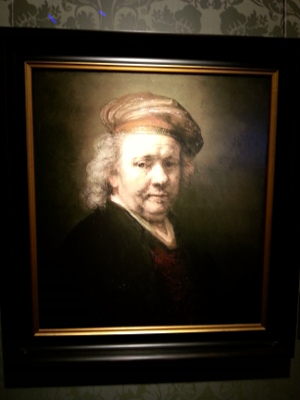 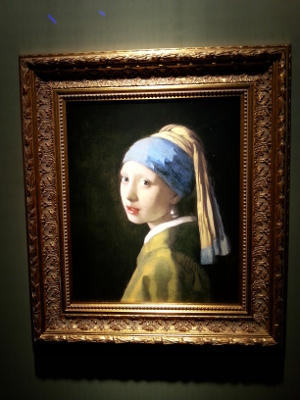 In a nearby area, Canon was also showing “High Dynamic Range” printing. This is possible via a new pigment ink system that allows the full dynamic range of the EOS cameras to now be printed. That means you can now see subtleties in the dark areas along with deep black elements. This was evident in a printed image of a city skyline at night that was stunning.