Is New Leadership Needed for Next Generation Cinema?

In a previous Display Daily, I claimed that the LED Cinema Era has Started. But what are the ramifications of this new technology entering a space that has so far been the exclusive domain of projection technology?

The new LED screen technology will offer HDR capabilities and a wide color gamut. But there are no cinema specs to describe what HDR in cinema means – whether from a production/mastering point of view; from a display point of view or a distribution point of view

Yes, Dolby Cinema offers a wider dynamic range and higher peak luminance than conventional theatrical content/projection, but this is a proprietary solution. A company called éclair is now promoting HDR cinema using Sony projection technology with a contrast of 8000:1 or so. Barco and Christie have cinema projectors that can reach 6000:1 contrast. But there is no HDR cinema specification for black level, peak luminance, diffuse white and how to use the luminance headroom. HDR also invites higher frame rates, but what is the minimum frame rate for a theatrical venue?  And most importantly, how can one maintain the consistency of color across a range of displays with widely varying performance characteristics?

All the above issues – and many more – apply to the various flavors of projection HDR and they will apply to LED cinema as well. Creative professionals need to understand this new HDR pallete and help guide the specifications. Studios should want some standardization to minimize production costs and multiple versions. 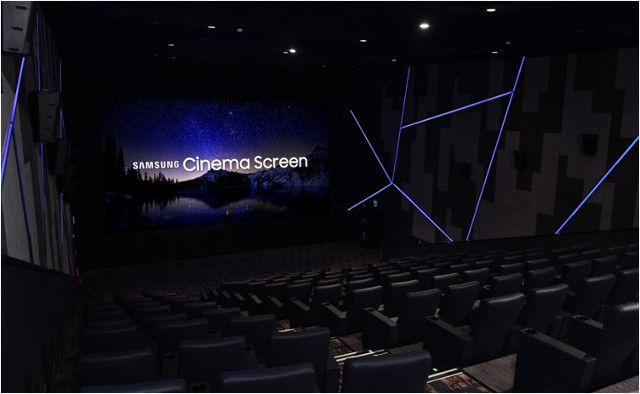 Compounding the image quality standards issues are other concerns in the theatrical community. For one, the first digital projection installations are now nearing the point where exhibitors will be considering their replacement. These exhibitors need guidance on what technology to buy.

And, this next cycle will not have the benefit of the Virtual Print Fee business model to fund new display equipment. Exhibitors need to understand how they will be able to get a return on their investment as these new technologies become available. They will also need these technologies if they want to remain relevant. HDR is coming to consumer’s homes so it had better come to theaters as well.

I see four major stakeholders in the drive toward next generation cinema:

Each group has a somewhat different perspective and requirements for how to transition to next generation cinema.

The problem is that there is no organization that is in a position to act as a neutral broker to help negotiate the future of cinema. As a result, I wonder if some sort of organization is needed to help develop standards for mastering, distribution and exhibition that can work with these industry stakeholders and other relevant organizations?

Such an organization might also help with compliance issues such as color consistency, HDR media block specifications and distribution standards.

Other key tasks include developing financial solutions to fund next generation cinema and the metrology to support compliance.

If you think such an organization has merit, please comment below or write to me privately. – Chris Chinnock

By the way, cinema industry consultant Michael Karagosian is having similar thoughts.  See his insightful article Questions and Answers About HDR in Cinema