Is it Time to Consider Measuring Displays in their Use Case Environment?

So, should we consider having additional spec sheets that detail performance in one or more ambient light conditions?  This would certainly provide a better indication of actual performance for the intended use case, but defining the environment for each application can be tricky.

I am just back from helping to organize the QLED and HDR10 Summit in Los Angeles last week and one of the presentations there got me thinking about this topic. The talk described a study that was done by Micromill eBrain in 2016 that looked at consumer TV viewing behavior. This was an on-line survey of US-based TV owners with a sample size of 1000 respondents. The participants were 50-50 male-female and evenly distributed across the age range of 20 to 59. 17% have OLED or PDP TVs, with the rest LCD-based. There is no data on the resolution of these TVs, but it is safe to assume almost all are 1080p models. 65% of the sets were between 40 and 50 inches with 17% bigger than this. Likewise, there was no data on HDR capabilities, but again, I think it safe to assume this is a minor component. They also watch a lot of TV. 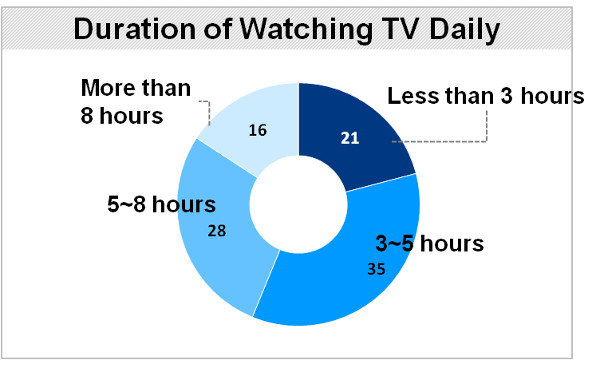 The study found that 78% watch TV in the living room with two to three people watching the set most of the time (59%). Not surprisingly, the average distance from the TV was 9 feet (2.75m). This is clearly well beyond the distance where the benefits of UHD resolution should be visible from a Snellen acuity point of view – and is even marginal for HD resolution as well.

The table below shows some data on the light levels when viewing TV in the morning (6% of time), afternoon (17% of time) and evening (78% of time). Clearly, viewing a TV in very dark, bright light and even daylight are not very popular, with the vast majority of viewing done in low or average light levels. There are also some interesting use case results such as very dark viewing is done mainly in the master bedroom. Daylight viewing is done mainly in the morning and OLED TVs are preferred for bright light viewing. 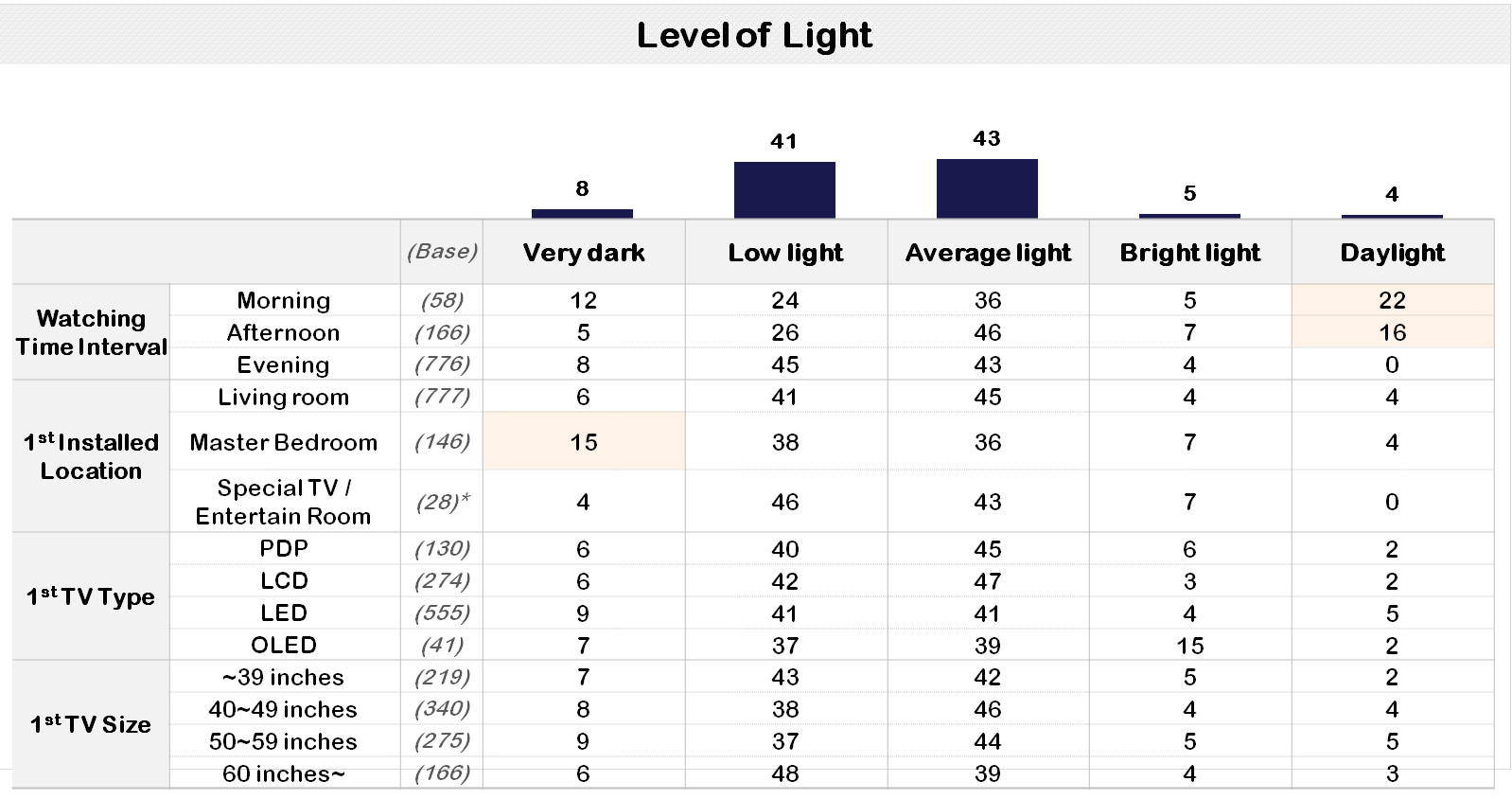 However, the study did not define the light levels in the above categories. As a result, additional studies from the Rensselaer Polytechnic Institute and the VD Inactive Consumer Environment Survey were cited to better detail the light levels in the average living room. In general, illumination consists of general lighting producing output in the 1500 to 3000 lumen range and task light at around 400 lumens. There may also be some accent lighting.

The chart below from the Department of Energy gives a better idea of the ambient light levels in the living room in various regions (US, Korea and EU). It is not clear exactly where these light measurements were taken in the room, but presumably near the TV. This data suggests that for most TV viewing (evening and night), light levels in the US and EU vary between 50-75 lux, but are much higher in Korea. 50-75 lux is not bright, but it is brighter than the recommended mastering ambient, which I believe is 5 lux.

So why is the ambient viewing environment important? Because it impacts contrast and color performance. To see the actual impact on contrast in newer TVs, Samsung measured the contrast in a 10% window according to IEC62341-6 in a 75 lux environment.

This may seem surprising, but it is not. The impact of the 75 lux is to raise the black level of both TVs. This essentially eliminates the deep black level advantage of the OLEDs. And, with the higher luminance of the Q series TVs, the contrast is indeed better.

OLEDs still have the advantage of pixel-scale high contrast which can be noticeable, but much harder to quantify.

All this brings me back to the question posed in the headline of this article. Should display-based products also show performance in specific ambient environments indicative of their use?  In the above example, there seems to be some utility for describing the basic contrast, but this is only one measure of performance. If we had a full suite of measurements in a very dark room and in an ambient light condition, then I believe we would be closer to allowing consumers or buyers to have more confidence in these metrics and to better represent what the end user can expect for visual performance in their application.

There is some precedent here to consider. ISF already calibrates displays in a “day” and “night” mode in recognition of these differences in display performance. Maybe “day” and “night” specs should be added to display devices as well. Food for thought