I/ITSEC is organized by the National Training and Simulation Association (NTSA), which promotes international and interdisciplinary cooperation within the fields of modeling and simulation (M&S), training, education, analysis, and related disciplines at this annual meeting. The NTSA is an affiliate subsidiary of the National Defense Industrial Association (NDIA). Hence, I/ITSEC also emphasize themes related to defense and security. 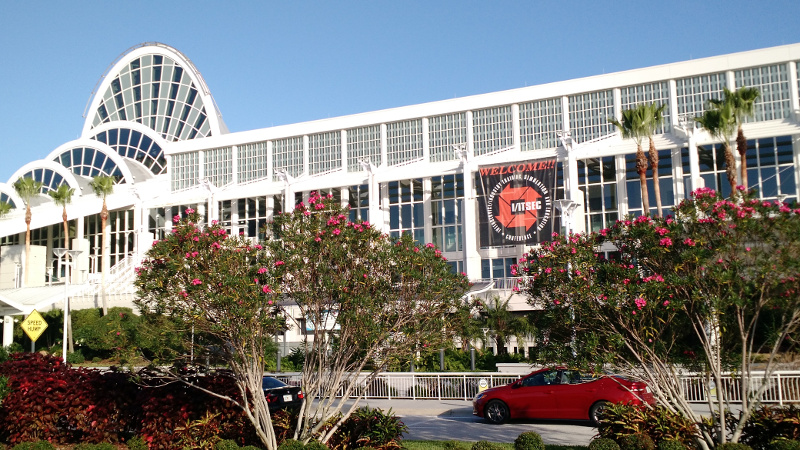 At I/ITSEC 2017, we focused on display solutions including large area displays as well as AR/VR/MR solutions. What is clear is that the sophistication of the simulations improves every year with an increasing emphasis on assessing and improving training – now using AI techniques to speed the process. The military has had a reputation as an efficient training institution and they want to keep it that way by trying to adopt the latest technologies. That is a huge challenge as procurement cycles are extremely long (offices are procuring now for deployment in 2025). Smaller, development and rapid deployment programs are needed and are being instituted to at least get some service personnel using the latest tools and technology.

This trend is most evident in the AR/VR/MR space where we saw examples of all these approaches on the trade show floor. There were numerous examples of VR and Hololens headsets being used to familiarize the operator with a cockpit, ship or aircraft, plus many examples of maintenance and repair being facilitated with these tools. The databases, instruction sets, assessment and optimization tools all seemed improved from a year ago. And, early deployments are starting to happen in confined scenarios. Trials have shown significant improvements in retention and time to proficiency using AR and VR technologies – and it is cost effective.

Another key trend is in mixed reality, which I will define for this market as using a VR headset with forward looking cameras to merge live video with a synthetic image. Rockwell Collins was perhaps the first to show this, last year, and they were back with several more demos this year while others started to show similar demos as well. For example, pilot trainees can sit in a mock up of a real cockpit so they can see their hands, instruments and control the joystick. They wear a VR headset which can then run a simulation scenario, which can be networked in real time with other assets – air, land and sea. In fact, such a set up was used in Operation Blended Warrior – a live multi-company demo at I/ITSEC that combined live, virtual and constructed assets. This showed a clear vision of how multi-discipline exercises can and will be conducted on a massive scale in the future. 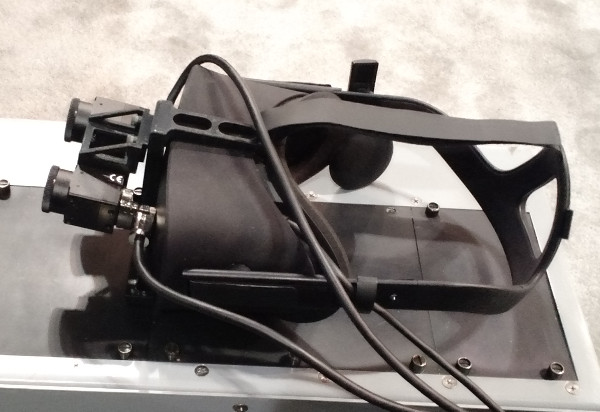 Turing to large screen simulations, LED screens were first shown at this show one or two years ago. Such solutions will come to the training and simulation market, but it will take a few years. For the first time however, Sony showed a curved version of their Crystal LED screen (formerly known as CLEDIS). It had too much reflection and is too expensive to be deployed for now, but give it time.

There was some big news in projection as well. For example, Barco and Norxe both showed next generation LED projectors that use the High Lumen Density (HLD) green module from Philips to boost brightness significantly. Barco’s current LED simulation projector is under 1000 lumens but their prototype was around 2300 lumens – and will offer 4K plus NVG (Night Vision Goggle) compatibility. The projector from Norxe was even more impressive as the first unit is available now with similar light output and NVG capability, but an advanced version with up to 4000 lumens was also being shown. 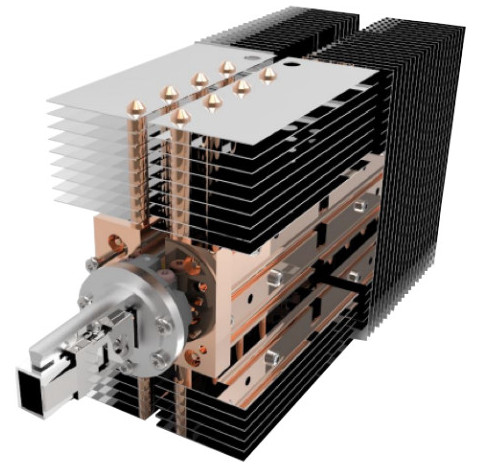 8K also made a splash at I/ITSEC. Digital Projection had a prototype of an 8K projector based on a 3-chip DLP design with a four-position image shifting optical assembly. They were running native 8K HDR/WCG content from Evans and Sutherland and NHK from an Astro server. With 25K lumens on a 10-foot wide screen, this was a very impressive HDR/WCG image – probably the best projected HDR image I have seen.

The other 8K projector was from JVC and featured a trio of native 8K LCoS (D-ILA) panels. It was demonstrated running conventional simulation content in the Boeing booth and was similar to a demo shown last year. Since this content is not HDR, it did not have the same visual impact as the DP demo, but nonetheless produced a very fine image with eye-limited resolution.

Zeiss also impressed with their dual DMD projector that achieves an amazing 2.5M:1 contrast ratio due to the dual modulation. They showed two of them blended together in a completely dark room with no visible light in the overlap region. Their NVG demo was equally impressive as there was no visible image but the IR image was very clear with the Gen II NVG goggles on.

We also loved what Barco is doing with their new technology called AudioCue. This leverages work done by Iosono, which was acquired by Barco, a few years back. The idea is to create a library of sounds for common military objects and to create a spatial audio sound field in the simulator to add much more realism to the training. It is very effective and will be available soon.

We were also impressed with a new collimated display from a company called Simthetiq. They showed a 180º “pod” with a semi-circular desk area and a collimated display stretching out in front of you. Normally, collimated displays place objects far away as they are used mostly for flight simulators, but Simthetiq brings objects closer for use in large building construction, VR viewing and now simulation applications.

This story first appeared on www.displaydaily.com