“Micro and Mini LEDs hold much promise to create a third display technology, competing against LCD and OLED,” according to Marc McConnaughey, Chairman of Light Polymers Joint Ventures. “With the potential for high brightness at much lower power than LCD and OLED technologies, and with rich colors like OLED, the major hurdle to adopting Micro and Mini LED solutions will be cost, given the requirement of precisely placing thousands of Red, Green and Blue LEDs on a substrate.”

Using patented, water-based lyotropic liquid crystals, Light Polymers is now producing a Crystallin phosphor down-conversion film for use with blue Micro and Mini LED’s. The Crystallin Performance PDC 100 phosphor down-conversion film is laminated to a substrate of blue Micro or Mini LEDs and provides a color gamut that can reach 85% of DCI-P3. Crystallin Premium PDC 500 can also be laminated to a substrate of blue Micro and Mini LEDs, providing a color gamut as high as 95% of DCI-P3, similar to the performance of a non-cadmium quantum dot film without the thickness and cost issues using highly reliable industry standard phosphors. Both the PDC 100 and PDC 500 films have a built-in diffuser capability, eliminating the need for additional diffusers. 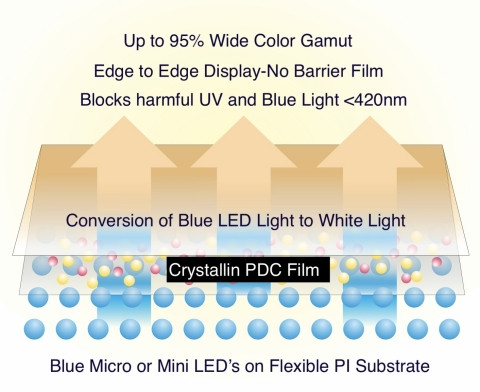 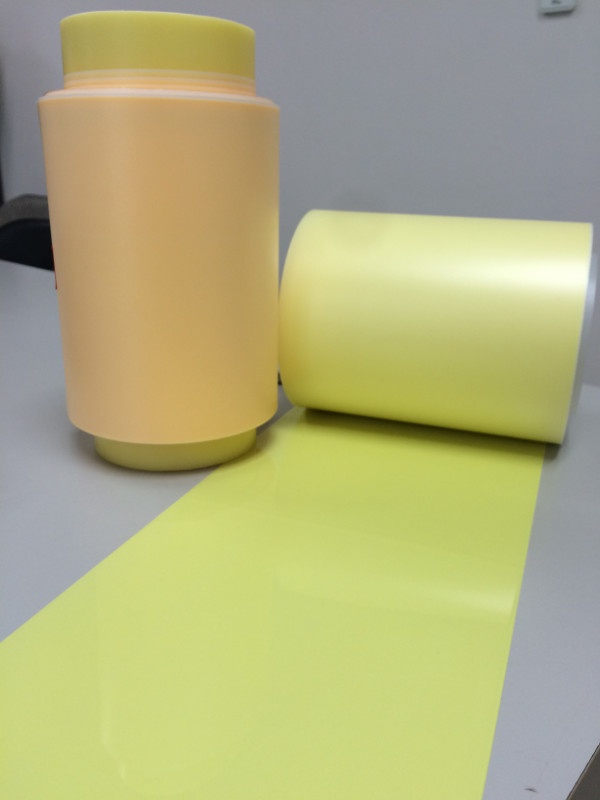 “Like most technologies, the performance, reliability, and cost learning curves mature step by step in the display industry. But with Crystallin PDC films, most if not all blue Micro and Mini LEDs in this startup period can be used along with a LCD cell stack, providing significant cost savings while enabling high performance displays that are uniform in brightness and have no harmful blue or UV light leakage,” said Sergey Fedotov, Director of Operations for Light Polymers. “Since our manufacturing process is water based, Crystallin films are environmentally friendly to manufacture and can be produced on an industry standard slot die production line by the millions of square meters. Light Polymers lyotropic materials are covered by over 50 patents and have revolutionized the capabilities of phosphor films, enabling novel, safe, superb performance, and high-quality display products.”