Business as Usual for Sharp Professional

That’s the message that Gary Bailer, Sharp’s Director of Product Management, Information Display Products told us in a phone interview.  “It is important to communicate this message to our customer base following a lot of misinformation that has spread as a result of the acquisition of the Sharp assembly plant in Mexico by Hisense.

On the professional side, the sale will have no impact whatsoever,” noted Bailer.  “In fact, there may even be a silver lining because some Japan-based resources will now become available to help us on the B2B side.”  The news of the sale broke last week with Hisense paying $23.7M to acquire the Mexican facility. This plant takes imported LCD panels and other components and assembles TVs and some professional display products. 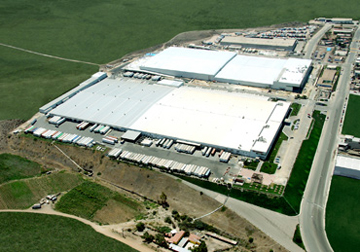 Hisense will also license the Sharp brand name for TVs to be sold in North and South America, but B2B displays are specifically excluded from this deal, noted Bailer.

“The Mexico facility did assemble some PN-E and PN-L larger format displays, but these will now be assembled in other locations,” continued Bailer. “The 60- and 70-inch assembly will shift to China while assembly of the 80-inch will move to Japan. And, this won’t really impact delivery times or costs either. When the assembly was done in Mexico, we had to wait 3 weeks for the components to come by boat to the factory. Now, component delivery will be fast, but we have to wait for the delivery of the final product, so no real change. Plus, there will not be any import duties as these are monitors without a tuner,” concluded Bailer.

Bailer was not as familiar with the plans on the consumer side, but said it was likely that the plant would assemble a mix of Sharp-designed and Hisense-designed TVs there.

Sharp’s TV business lost money in the most recent reporting period, which was clearly a motivation for the move. However, the B2B business is profitable, which is why it was excluded from the deal. This trend of focus on professional instead of consumer products and to license the brand name for consumer products is now well established by a number of major companies, so Sharp is essentially acknowledging the realities of the market.

Sharp established the plant in 1997 as a color CRT TV assembly plant and began production of LCD TVs there in 2003.  In 2007, it added a second plant.

For Hisense, it is a way to enter the crowded US market with a brand name that still has recognition – even if a bit tarnished of late.  Hisense is also a leader in advanced TV technologies like 4K-UHD, curved and OLED. – Chris Chinnock