LED-based video walls are getting bigger and bigger and pixel pitches continue to shrink.  That means these large canvases can have a lot more pixels. 30M, 50M even 100M pixels are not uncommon.  The problem becomes delivering high quality pixels to these canvases over the existing distribution methods.

To understand more about these issues, we spoke with Chris Fulton, CEO of Future Software, a UK-based independent software developer and integrator that has been on the cutting edge of ProAV and Broadcast installations for more than 30 years.

“Large LED-based usage is coming in exhibition or special events where there is a transient need, but also in fixed installations like signage or corporate boardrooms,” noted Fulton.  “While some of these applications will focus on 8K resolution in a 16:9 format, others won’t as they want to fit the display to the space.  But in both these situations, customers are increasingly looking to have 8K 16:9 source content to maintain image fidelity on these large canvases.” 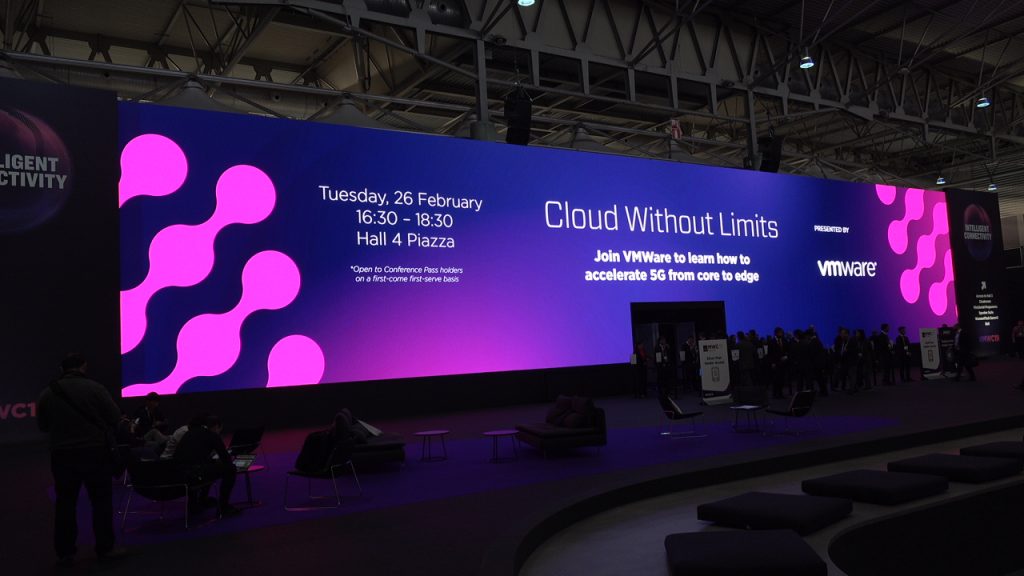 Fulton explained that even with 8K content, it must often be distributed as 4K and then upscaled at the LED display.  The upscaling in ProAV is every bit as good if not better than consumer TV versions but still unable to hide some of the artifacts when scaled to displays that measure 10s of meters in size.  “The ability to distribute 8K uncompressed content is what some of our most demanding customers really want.  This also really helps when the display is not 16:9 allowing multiple regions of interest within the 8K image to be displayed without loss of detail,” said Fulton.

“The ProAV and Fixed install buyers are looking for quality. If they spend $800,000 for an LED display in a corporate reception, they want color replication and fine pixel mapped detail,” continued Fulton. “The difference between transmission and content becomes important. The transmission introduces sync and latency issues while encoding introduces quantization effects which the client may see but not fully understand. 8K transmission solves the sync and latency issues and uncompressed playback solves the quantization related visual artifacts concern,” concluded Fulton.

Fulton also noted that frame rates will also be an issue that most people are not yet talking about.  It is well known that judder becomes more noticeable as screen sizes and brightness increase and as we move to HDR content.  All that is occurring in large screen displays.

What kind of data rates are needed?  In the table below, the reasonable high end for 8K video is 30 Gbps.  In a broadcast environment, 40 Gbps is needed and for uncompressed graphics in a ProAV environment, 60 Gbps could be needed.

So how do we solve these problems?  First, there is no doubt that the big trend in ProAV is a move to audio-video distribution over IP networks.  Already there are a number of proprietary solutions out there with many focused on 1 Gbps networks.  Clearly, that will require large compression values which will likely not be acceptable.  As a result, we are seeing the emergence of 2.5 Gbps, 5 Gbps and 10 Gbps networking solutions that require less compression.  Also available are 40 Gbps and 100 Gbps network that can support uncompressed 8K distribution.

There are two industry wide efforts to develop IP-based standard solutions.  One is the Software Defined Video over Ethernet (SDVoE) Alliance which is focused on 10 Gbps network solutions.

The AIMS Alliance is working on the IPMX open standard.  The focus here is to leverage the SMPTE ST 2110 standard used in the broadcast environment for the ProAV market.  Some of the mission critical features in 2110 (like grandmaster clocks, PTP aware switches and redundant connections) are likely not needed for ProAV, but other features are, which is why the group has been formed.  By customizing ST 2110 for the ProAV application, a range of simpler networks can be configured, lowering costs. The mezzanine compression JPEG-XS is a visually losses codec with up to 15:1 compression and can be used to distribute 8K content on 2.5 to 10 Gbps networks with a single cable connection. 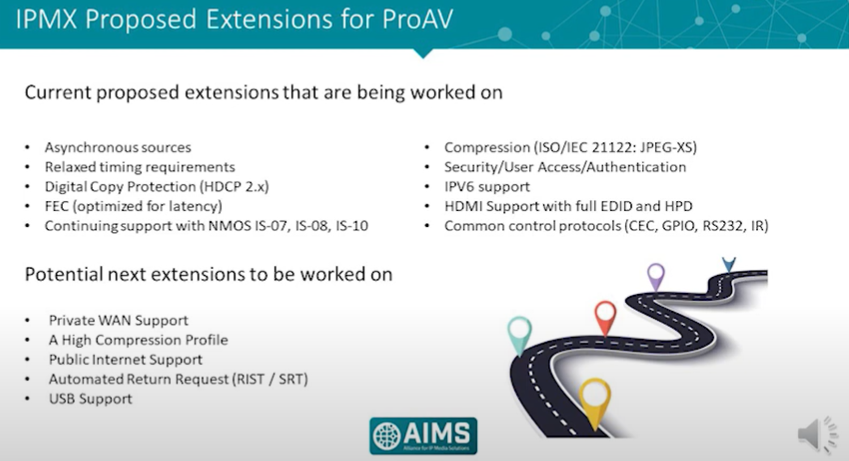 Uncompressed 8K/60 4:2:0 content can be distributed in broadcast environment using four 12G SDI connections or in a ProAV environment with one or two HDMI 2.1 connections (30 Gbps in each cable, but limited distance).  Multiple network cables may be needed in ProAV applications.  But sync issues are always a concern with multiple connections.  Hopefully, the SDVoE or AIMs organizations are thinking about this uncompressed 1 cable 8K distribution challenge.

“For ProAV and fix installs with large displays, 8K is a must and we have developed an 8K player to support these applications. For broadcasters, they have their hands full getting HDR and will not be looking at 8K until the consumer levels increase,” concluded Fulton.

This first appeared on DisplayDaily.com